Many people want a life after death, to be remembered throughout the ages. We build monuments, write books, make art or work in the sciences.
Truth is most of us won’t live much beyond our grand children in memories. I’m pretty sure that after my death, any true nature of my being, philosophy, etc will die with my theoretical grand children. We’re not much of an oral society anymore. Maybe I’ll get a game published or something else, but that’ll just be a name on a box. Sure, everything I’ve ever written on the Internet will still be available, but with the churn and mulch nature of online life this pretty much ensures any creative output on the Internet a) has so much more noise to cut through and b) is forgotten the next day.
Dramatic Prairie Dogs don’t live forever. Everyone’s 15 minutes is sliced up ten million ways and consumed like wieners at a hot dog eating contest.

I’m not too interested in a legacy, don’t build a monument to me. I’ll be good if my ideas only help those I care about. Plus, I’m not rich enough to manufacture an effect on the world. Poor men can’t build pyramids for their tombs.
That’s okay. I’ll be dead. Wouldn’t even be able to enjoy it. So, What’cha gonna do?
You try and enjoy those people, both personal and public, that change your life for the better. Today.

But what happens to those ideas you create that actually do change the world? The idea or creative endeavor that has legs and actually effects the world writ large. The Mona Lisa, The Shakespeare, The Beatles, The Bible.

Sadly, the curse of the gifted is a misappropriation, misuse, and misunderstanding of their legacy. It’s almost unavoidable as people’s views and values change and as this changes, so does our relationship to the past.

Look at the Bible, the New Testament. Some have estimated that the unchangeable word of God had been altered tens of thousands of times in it’s 1900 year history. They recently unearthed the oldest bible in existence, circa 400 AD, and it doesn’t bear even the slightest resemblance to the one in today’s church pews. It’s the subject of many books and really the topic of another essay. (It’s just a pet peeve of mine) 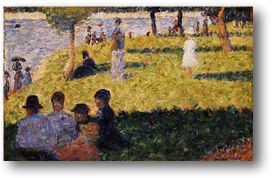 The documentary The Art of the Steal is the story of how one man’s legacy is stolen and his ideas on Art become corrupted by monied and powerful interests.
Alfred Barnes grew up poor, boxed to pay for college and became rich young by inventing a vaccine to prevent VD in infants. With his money, he traveled and just as an interested outsider collected the artists he liked and met. He became friends with the artists. Monet, Cezanne, Mattisse, Picasso, Van Gogh and many other Post-Industrial painters. These artists weren’t valuable at the time, but today his collection is worth upwards of 35 billion dollars. 35 billion brings a lot of hungry wolves to the door.
In 1922, Barnes set up a school for his collection outside Philadephia. He didn’t arrange his paintings like a museum and kept viewings of the art to a minimum. As a school, he could ensure the value of the ideas of the painting were kept alive, that the pieces didn’t become a commodity.
Barnes hated museums as a rule. I sympathize. I’m not a fan myself, not because I don’t like art, but because it seems to me most museums turn art into artifact. The pieces are part of collection, put on a pedestal that glorifies not the art (although there is an air of forced reverence), but the museum showing the piece. It isn’t about the ideas inside the frame, but about the cost and categorization and cattle call of tourism dollars. I’ve been to many famous museums and have enjoyed the art only to be soured by the experience of elitism (even at small museums) and the notion that these ideas and artwork are owned by another, so I couldn’t even understand if I wanted. No wonder everyone hates those Art World fuckers and especially the businessmen and politicians greasing the wheels.

I’m a populist (philistine!), as is everyone else who doesn’t run the world.

Barnes didn’t like the Philidephia establishment because they used art as a commodity and tourism lure. He set-up in his will that his art was never to leave his school’s walls and that the school would never become a museum. He didn’t even arrange the art work by category. His prodigious African-American art collection was mixed with the post-industrialists. I’m categorizing the art more than he did, feeling a bit slimy about doing so.

The bulk of the documentary shows how Barnes Art collection was stolen after his death. Shouldn’t everyone on earth have greater access to these great works? That’s the basis of the argument of the villains of the film. They’re villains because their motivation is greed, pure and simple, even if the the stated outcome meant more could see the works.
At it’s heart, The Art of the Steal is a crime movie. The theft of a legacy, a will’s intent and an idea about art and art presentation.
But like most crimes for people above a certain income, it isn’t a crime if you change the playing field to make something that was illegal to do (in this case, breaking a man’s clear and legal will) into something legal.
Time and money and power heals all good intentions.
I won’t go into the specific nature of how this crime is carried out. The film is well-constructed, gorgeous (HD on Netflix Streaming) in presentation of the art pieces and the films players, and gripping. Of course, as the documentary takes a stance as do all these days, the movie can be a bit of a polemic. However, the opposing side is well-represented, even the films first villain, attorney Robert Gandon, comes out cleaner than how he started.

See it, humanities peeps. You could probably even show it in a class.

It’s funny, all of this notion of Art as artifact and commodity. I think through time, even some of these negative motivations, will fade. We live in an age were almost all art can be free to the common man with the Internet. Do we steal? Yea, we’re a nation of thieves. The weird result may be that the ideas of this ‘free’ art can propagate freely as ideas unburdened with the baggage of class or elitism.
The downsides, we consume so much art that the ideas get lost. Also, many people evaluate ideas solely on their worth. It’s an important idea because other important people think so, because it is worth a lot of money, because of popularity.

But hey, junk is still junk.

What? Huh? Once again I’ve devolved into incoherence. Back it up, Cezanne.