Not all balding middle-aged white men are pedophiles. Yes, many are, but some pedophiles/rapists are younger or have a full head of hair. Or are of another color. Please keep this in mind when making the upcoming The Girl Who Dies of Cancer From Smoking Too Much.

A not quite middle-aged, not balding, non-pedophile/rapist male (white). 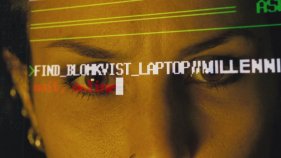 The Girl Who Played With Fire suffers from Big, Dumb, American Sequel syndrome. Yes, it’s a Swedish film, but it so badly wants to be an American thriller like The Firm or some such nonsense. Too bad, because the characters are interesting, but the plot and plot points are a bit generic and uninteresting. This is the same complaint I had with the first movie, The Girl With The Dragon Tattoo, also on Netflix streaming. Interesting characters, boring plot….
The good, who doesn’t root for the punky, chain-smoking, distant, bad-ass lesbian? No one that’s who. Yea, she’s a tech genius (which has become a crime procedural cliche) and she had a horrible childhood. The first film had so much rape and torture of our heroine, Lisbeth, that it felt less like a tragedy and more like a lazy way to let Lisbeth do what she wants. You see, she hates men (understandably) who are mean to women. She commits all sorts of felonies in her pursuit of bad men. Classic vigilante plot line, however in a weird way, it feels lazy. The actress (Noomi something) is so good that it’d be nice if she had a story to match.
The second lead, the older male journalist, also is interesting and complex, but in the second film, he’s three steps behind Lisbeth instead of collaborating. There’s just not much for him to do. So, there’s basically two plots going on simultaneously, one much more interesting than the other. Both plots come to the same conclusions in solving the mystery just by different means. The two main actors are only onscreen in the last scenes. You could almost do the whole movie from her point of view.
As in all sequels, the stakes are upped. Basically, Lisbeth is accused of crimes she didn’t commit. Yawn.

Now, I’d forgive the plot for being generic if it didn’t fall into so many bad and cliched narratives.
Example. You want to get in contact with someone you only know their PO Box. So, you, obviously, mail them with the ‘Lottery Scam,’ tell them they’ve won a big prize only if they’d meet you in person and answer some questions. And you’re a relatively smart pedophile, so yea, you fall for it and meet them. Who does this? People who still believe a Nigerian prince has a lump of cash they just need to send a small amount of money to collect?
Ok, later, you still need to find yet another man who just has a PO Box address. So, naturally, you camp out in front of the post office and wait. Now, even though you’re wanted and on the run, no one notices you and second, the person you’re looking for is looking for you and is also super busy. But of course, not so busy, as to drive twenty miles to go pickup their mail. Like an hour after you set-up.
Dumb. The movie, although very slick and Swedish, is filled with these little plot cliches. Unnecessary car chases, a giant blond henchman, super hacking, it’s almost like a Bond movie recast with a Goth kid.
I’ve been watching a lot of Swedish films lately, and most of them have been interesting, with small plot cul-de-sacs and weird turns, but these Girl movies are the ones Americans will think of, especially with the American remake (I can only imagine the extra stupid in the remake) on the way. This and Let the Right One In (which was good with a kind of weak ending).

The takeaway from this review: The Girl With the Dragon Tattoo and The Girl Who Played With Fire are overrated, especially if you’re a fan of the thriller genre. The acting, look and characters are top-notch, but not enough to overcome the plot. Like the first film, the more I thought about TGWPWF, the more annoyed I became.